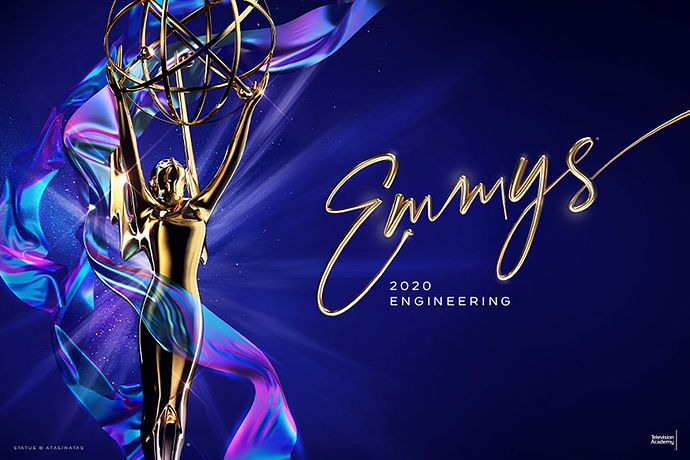 Sound Radix Auto-Align Post makes phase/time corrections of a moving multi-microphone recording. By dynamically correcting delay and phase between the boom and lav microphones as they move around the set, this tool automates what was previously a labor intensive task for sound editors across the industry.

Sound Radix is one of a select few companies to be honored with an Engineering Emmy® Award and was chosen by dozens of industry experts and peers. Presented to an individual, company or organization for engineering developments that considerably improve existing methods or innovations that materially affect the transmission, recording or reception of television.

Engineering Emmys are presented to an individual, company or organization for developments in engineering that are either so extensive an improvement on existing methods or so innovative in nature that they materially affect the production, recording, transmission or reception of television.

The Engineering Emmys are overseen by the Television Academy’s Engineering Emmy Awards Committee, currently chaired by Dr. John Leverence, and award recipients are selected by a jury of television engineers.

This jury considers all engineering developments which have proven their efficacy during the awards year and determines which, if any, merit recognition with an Engineering Emmy statuette.

Nir Averbuch, speaking on behalf of the Sound Radix team said; "Wow, we have no words… We’re humbled and deeply thankful to the academy members for honoring us with the Engineering Emmy Award. Knowing the pressure that sound departments are often under to meet deadlines, it is extremely rewarding to know that we helped make a tough job a little easier. We want the audio community to know that more help is coming from us!”

Our goal at Sound Radix is to develop innovative software tools to help you achieve the best sound possible. We prefer smart algorithms, yet easy-to-use and immediate interfaces. Chances are you won’t see us making any hardware emulations but rather cutting-edge tools, designed to help you get the best job done fast, which would have been impossible to build using analog electronics.

About The Academy of Television Arts & Sciences

The Academy of Television Arts & Sciences was founded in 1946 — just one month after network television was born. It is a nonprofit organization devoted to the advancement of telecommunication arts and sciences and to fostering creative leadership in the telecommunication industry. The Television Academy, the only major organization devoted to the television and broadband screen entertainment industry, is made up of over 25,000 members, representing 30 professional peer groups, including performers, directors, producers, art directors and various other artisans, technicians and executives.

The Emmys on the Web: https://www.emmys.com